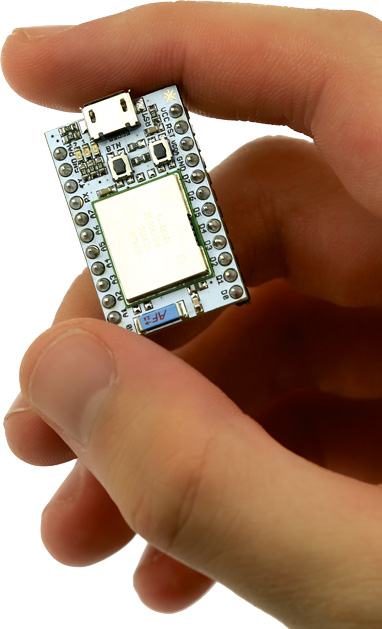 A tiny Wi-Fi development board that makes it easy to create internet-connected hardware. The Core is all you need to get started; power it over USB and in minutes you'll be controlling LEDs, switches and motors and collecting data from sensors over the internet!

No need to ever plug the Core into your computer; you can write code in our web IDE and download it wirelessly to the Core.

Familiar with Arduino? The Core uses Wiring, the same programming language that Arduino uses. Plus, with an accessory called the Shield Shield, you can connect the Core to any standard Arduino Uno shield.

How do you connect a Wi-Fi device to your network when it doesn't have a screen or keyboard? With Smart Config, the Core's one step set-up process. Bring the Core online in seconds from any iOS or Android device. 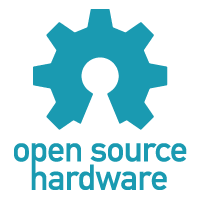 The Spark Core is an open source project. All of our hardware design files (schematic, board design, and bill of materials) and firmware will be open source. The components we're using are available from any major distributor. We're also sticking with open standards (HTTP/S, TCP, RSA, AES, CoAP) for all of our communications. We want to make it as easy as possible to extend and improve upon the foundation we've built. 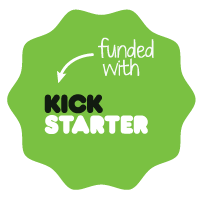 The Core was launched on Kickstarter in May 2013, and we now have more than 10,000 members of our community. If you ever have questions, need help, or are looking for collaborators, you'll find everything you need in our forums and in our community. Come join the conversation.

The Spark Core is a development tool, designed to get your project off the ground quickly. But what happens when your production volume scales to thousands? The Core is ready.

We use industry-standard components — chosen to be powerful, inexpensive, and widely available — that can be designed directly onto your own circuit board, bringing your Bill of Materials down for volume production. 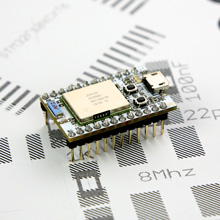 Neither, although it's more like an Arduino than like a Shield. The Spark Core is a fully stand-alone alternative to an Arduino that uses the same programming language, Wiring. Same experience, different microcontroller.

The Core works just like an Arduino, except with a wireless connection on board, and a more powerful processor.

You don't need an Arduino or anything else to get started with the Core!

What does the Spark Cloud do?

Without some sort of cloud service, your internet-connected things can only be accessed on your local network (i.e. while you are at home), unless you want to "tunnel in" to your local network, which often means dealing with firewalls and port mapping. Yuck.

The Spark Cloud brings your Core onto the real internet, and gives it a REST API, so you can access it from anywhere. It also creates a secure environment without forcing your web browser and the Core to speak the same language, which would be taxing on a low-power, low-cost microcontroller.

What if I don't want to connect through the Cloud?

That's okay! The Cloud is there to make the Core easier to work with, but if you'd rather do it yourself, that's no problem. The Core lets you do your own socket programming over TCP and UDP.

If you want the simplicity of the Cloud but you want it on your own server, we'll be releasing an open source version of the Cloud designed for quick and easy deployment.